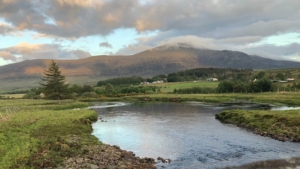 At Altnaharra B&B in Altnaharra we are right in the middle the best sites for many outdoor activities including cycling, walking, wildlife watching and for Munro Baggers we have our 2 local Munros, Ben Hope and Ben Klibreck which you can see easily from the B&B.  Our End to End Cyclists are regulars and find this a great stop off on their challenge.

All around the B&B there are sites of ancient Brochs and more recent Highland history such as the clearances have left fantastic range of buildings and storys that can be discovered in local museums and visitor  centres.

Dornaigil Broch is a great example of an ancient settlement from over 2,300 years ago and is located next to the Strathmore River roughly 10 miles along the Ben Hope Road – well worth a visit if you stay with us. 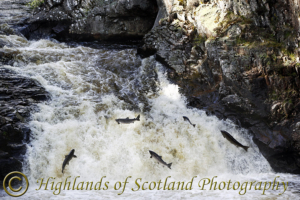 For more recent history Moine Pass goes to Moine house on the Sutherland Trail – Moine house used to be a bothy, a building that offered free accomodation to drovers crossing the Flows. The Flows are the largest peat bogs in Europe and are a striking contast to the magnificent and very old rocks that go to make up the mountains that surround us here in Altnaharra.

Nearby Lairg has a visitor centre called the Ferrycroft Centre which is great for kids of all ages showing the history of the area in active ways and there is an excellent restaurant in the Pier where not only so they do great food, they also have a pedalo you can hire out from their jetty on Loch Shin on good sunny days.  Lairg is close the the Falls of Shin and the salmon ladder.

The village’s northerly latitude and inland location mean that in winter it often features in the daily weather extremes for the United Kingdom. It is unusual in that the coldest month of the year is normally December. On 30 December 1995, the UK’s lowest temperature ever was recorded there, at −27.2 °C (−17.0 °F). 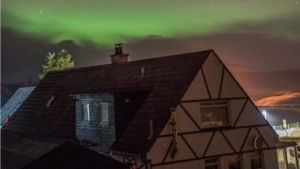 Famous astronomers such as the late Patrick Moore and Queen guitarist Brian May have all come to our part of the world because of the very dark skies – this makes spotting the sky at night easy and the Northern Lights stand out well too, although the Aurora Borealis can get quite distinctive up at these Northern latitudes (as you can see from the photograph taken of Altnaharra B&B by a local friend). 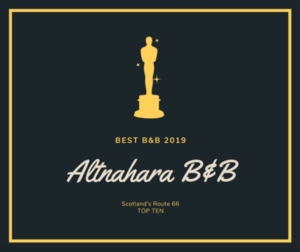 Inspired by the USA’s Route 66, our own, increasingly popular tourist route, the NC500 actually passes us by a short drive to the North (17 miles).

We were pleased to have been awarded the position by the website www.scotlandsroute66.co.uk.
They are another another good resource for our 500 mile circuit.  Called ‘Scotlands Route 66’ they run a Facebook Page with a lot of useful information and Q&As for the route.

Below are a few things you may do or see if you decide to take the route – if you decide to use Altnaharra as your base each one of these activities can be added to potentially very busy day trips – there really is a lot to see and do within and around the NC500.

In our own garden looking through the breakfast room window you can see deer and a wide range of birds visit the feeder including our woodpecker and sometimes much bigger eagles fly by.  1/2 hour’s drive North you start to meet the North Coast where you can witness exotic sea life such as Dolphins, Whales and Seals and birds including Puffins all along the North of the NC500 coastlines.

Altnaharra B&B is very popular with John O’Groats to Lands End trips or ‘Joglers’ – as for walking, there are many great routes to explore from Altnahara as a base or even if you are just touring for the views, the surrounding scenery is difficult to beat.

A few miles to the South we have Dunrobin Castle and along the North Coast we have Castle of Mey – there are famous distilleries in the area and a wealth of history such as Moine House and to go back even further the ancient settlements called Brochs’ surround the area.

Although not strictly on the NC500 this small detour across the Pentland Firth is well worthwhile.  Picture shows Chapel built by Italian PoWs, but Orkney has several millennium of history with Scara Brae showing a settlement approximately 5,000 years old and the ancient Standing Stones of Stenness and world famous Ring of Brodgar. 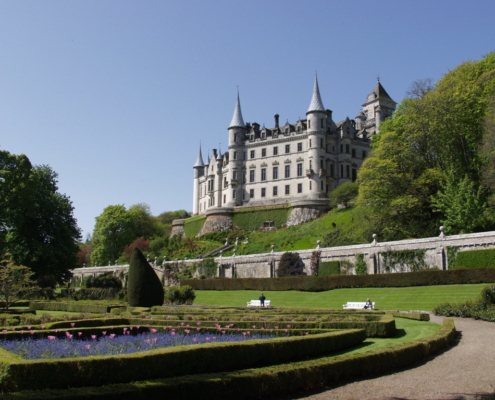 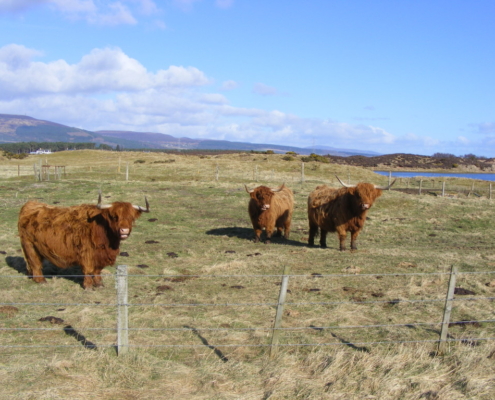 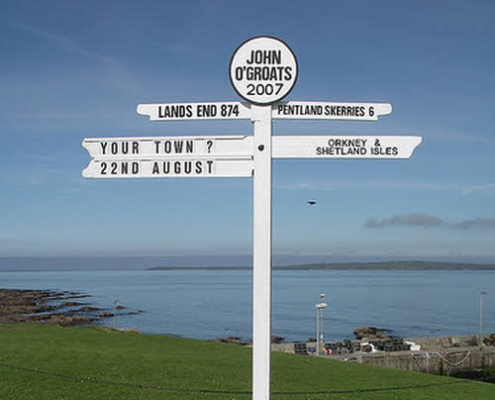 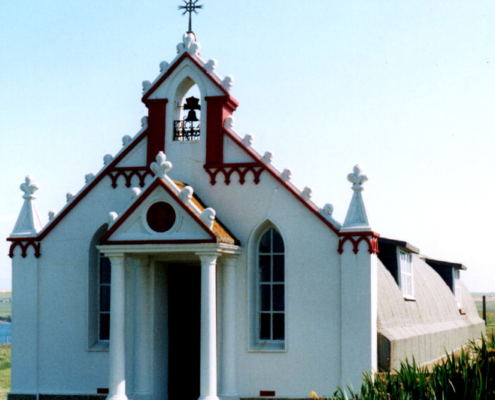 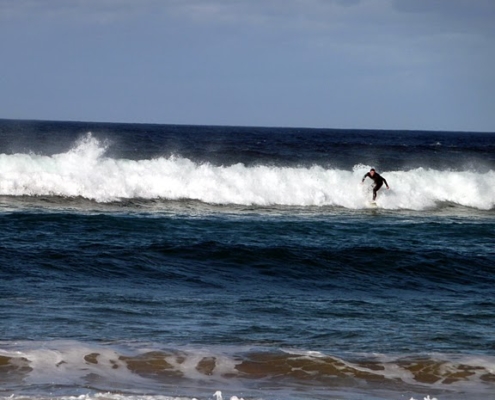 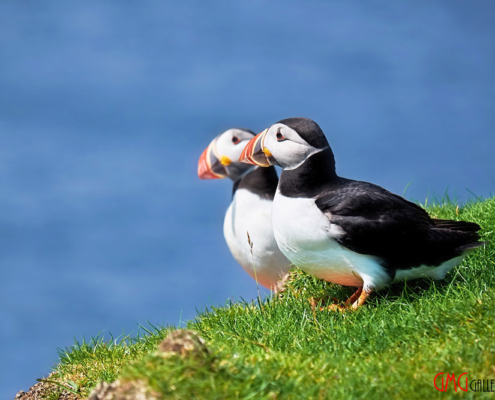 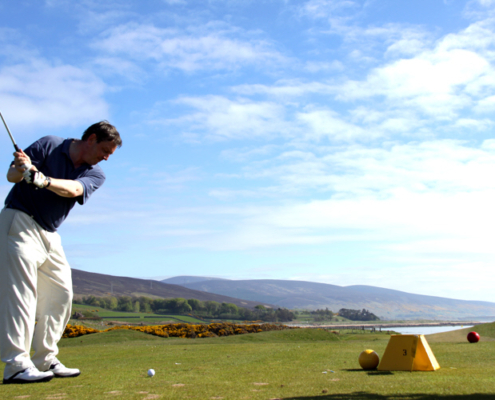 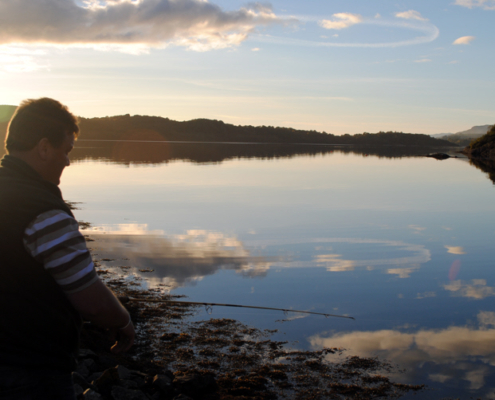 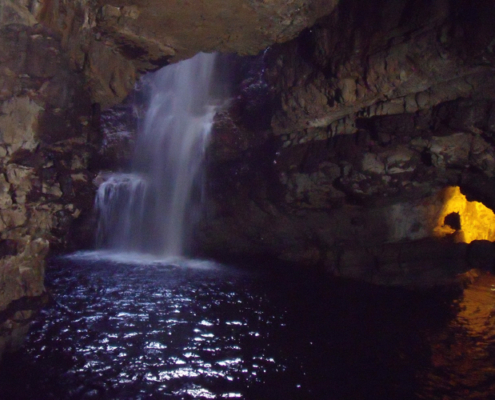 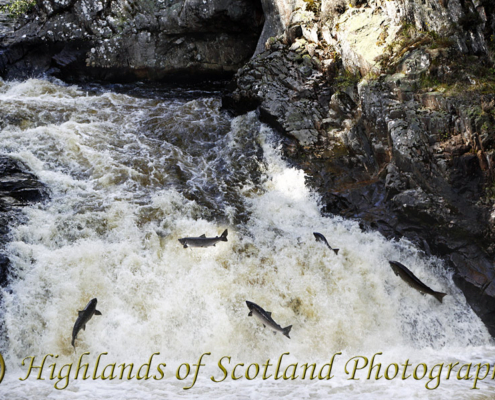 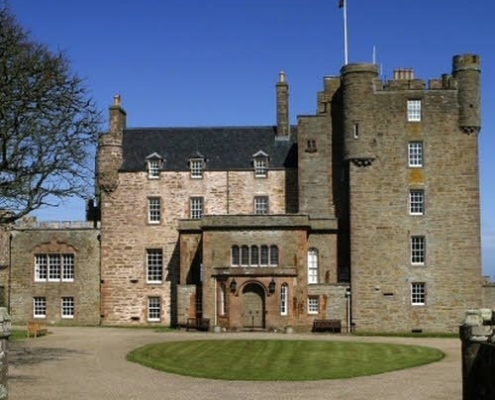 More information on the North Coast 500 can be found here www.northcoast500.com